Is it just a part of the game?

Body contact sports such as rugby union, rugby league and Australian football are brutal; gladiatorial even. A participant who plays long enough can expect their fair share of injuries. Harm is inevitable given the materialisation of an obvious risk in such a dangerous recreational activity.

Typically injured players don’t go looking to sue someone when they sustain a serious injury. It’s put down to being “part of the game”.  But what if a player sustained serious injury as a result of a reckless dangerous act committed by an opponent that was in violation of the laws/rules of the game?

These issues were the subject of legal consideration in the New South Wales Supreme Court of Appeal case of Dickson v Northern Lakes Rugby League Sport & Recreation Club Inc [1] The facts in that matter can be put shortly as follows:

1. In April 2016 a Mr. Dickson was seriously injured in a reserve grade Central Coast rugby league match when he was subjected to a spear tackle by a Mr. Fletcher – a tackle that is banned and illegal under the rules of the game of rugby league due to the obvious harm it can inflict on a player;

3. Dickson sued Fletcher for damages in tort, alleging that the injuries were caused by his negligence. He also sued North Lakes Rugby League Sport & Recreation Club Inc alleging it was vicariously liable for Fletcher’s spear tackle as it was his employer at the time.

At first instance the matter was heard by a trial judge who found in favor of the defendant. The matter was appealed to the Court of Appeal in the Supreme Court who reviewed the matter in its entirety.

In determining the matter before it, the Court of Appeal was required to consider the provisions of the Civil Liability Act NSW 2002 (“Act”). This legislation was passed in Parliament in the wake of perceived problems with the application of the common law of tort in a litigious modern society. Insurance premiums were on the rise as a result of the payment of many large claims to litigants for monetary compensation.  There were fears Australia was heading down the route of the vexatious American litigant.

A spear tackle in a game of rugby league is an obvious risk of the game notwithstanding it is against the rules of the game. Players break rules all the time. Some intentionally, some not.

The injured player, Dickson, hoped to rely upon an exclusionary provision in the Act (Section 3 (B) (1) (a) that nullifies the effect of Section 5 L of the Act.  In order to be successful in the action, Dickson’s legal team needed to establish that the spear tackle was intentional and done with intent to cause injury to its client.

The court considered the expert evidence of former NRL coach Warren Ryan, the video footage of the tackle and the testimony of Fletcher himself to determine whether the tackle was intentional.  During his testimony Fletcher agreed he had lifted Dickson into a dangerous position, lost control of the situation and agreed, under intense cross examination that he had intended to drive Dickson to the ground with force using his body weight and effort.[2] It was not in dispute the tackle itself was intentional.

But finding the tackle was intentional was not enough in itself to avail the injured player to the exception under the Act and thereby the right to damages against Fletcher and his employer. Clause 3 (B) (1) (a) of the Act requires Dickson to prove Fletcher intended to inflict injury.

The court held that to engage in conduct knowing it may produce a particular harm is reckless, yet recklessness itself does not equate to intention to produce that harm.  It further found, based on all the available evidence before it, that Fletcher did not intend to cause harm to Dickson when executing the spear tackle. In relying upon their conclusion the Court drew heavily from the High Court decision of Zabrouni[3] – “The ordinary and natural meaning of the word “intends” is to mean, to have in mind, what is involved is the directing of the mind, having purpose or design.”

The appeal was dismissed, and Dickson ordered to pay costs.

On the face of it, the courts decision may seem harsh for many readers – a reckless dangerous spear tackle in breach of the rules of the game is inflicted upon Dickson. Fletcher admits to driving Dickson to ground (in other words not pulling out of the spear tackle when he realised he lost control). Fletcher’s shoulder drives into Dickson upon completing the spear tackle thus causing Dickson to sustain severe facial injuries……. and yet the Court finds it was not an act intended to cause injury.

We are not recipients of the benefit of the video footage to make a call on whether harm was intended nor were we present in Court when testimony was given. We need to have faith in those entrusted with making the decision. What the case highlights however is that despite injuries being sustained by a player through intentional, reckless and dangerous play there is unlikely to be recourse to the courts unless the victim can establish the perpetrator intended to inflict harm.

Proving that intention might well be an injured player’s greatest career challenge. 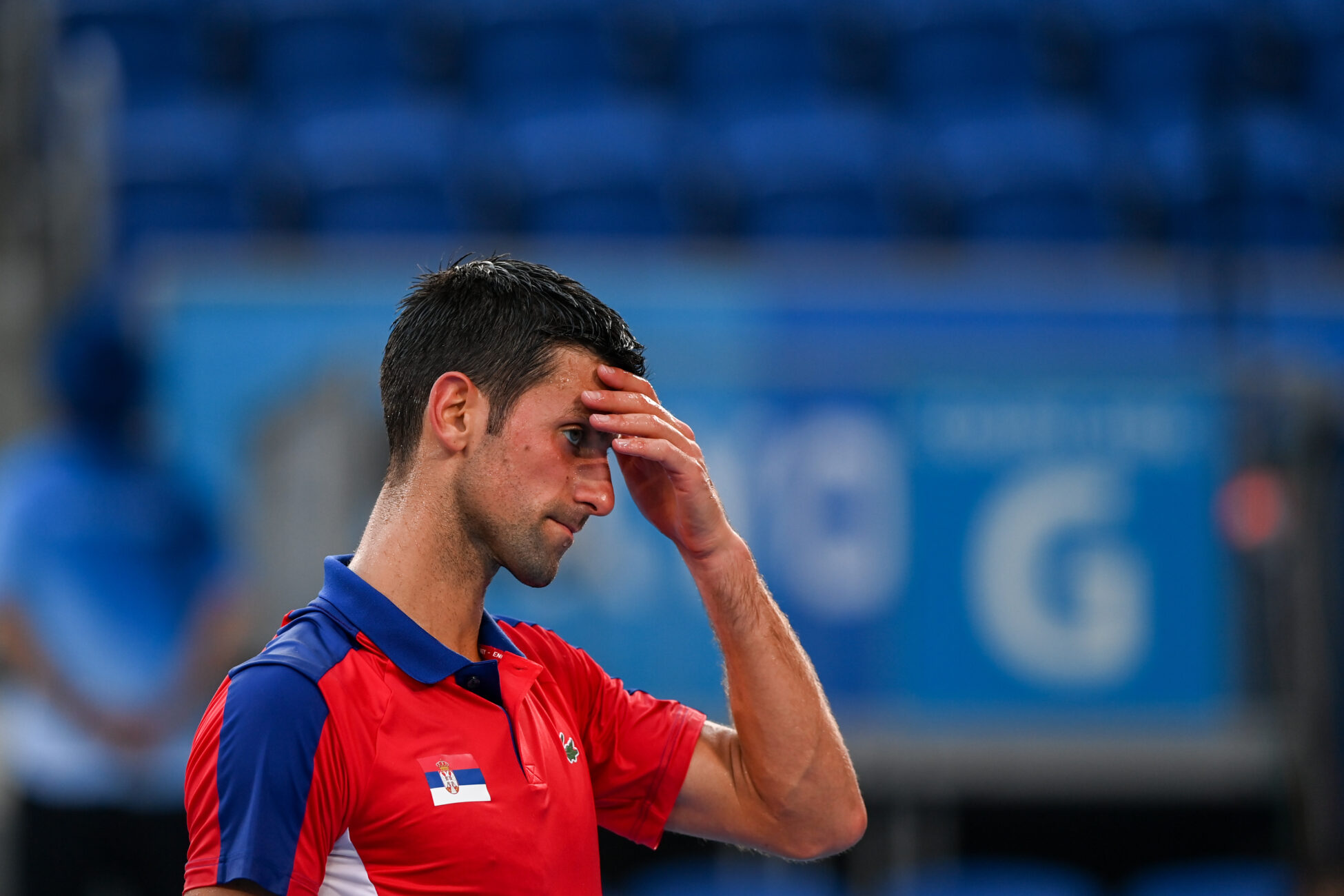 NOVAK. HOW DID IT GET TO THIS?

Too Cool For School ? Did Novak think he was above the law and would